A little thought on accents 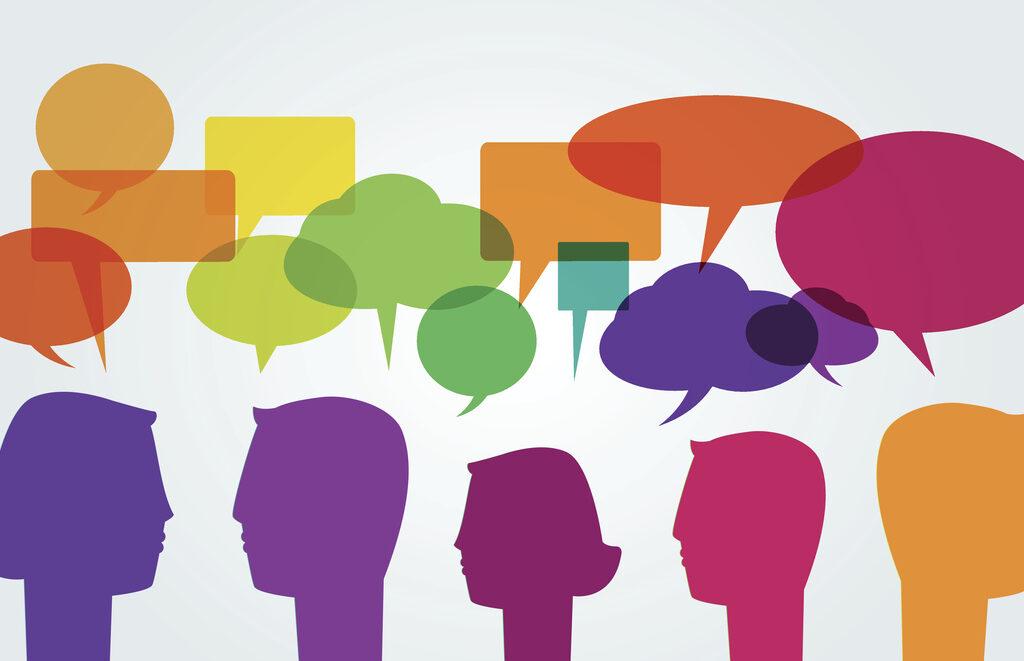 Last week, when I was in a Russian chatting group in an app called Tandem, people asked me if I was from Kazakhstan. I told them that I am from China, and all were amazed. “You really have a good Russian accent,” they said.

Whatever language I speak, I get that comment regularly. Even for languages that I do not have a high level at all, like Russian, people could mistake me for a native speaker. This makes me wonder if the ability to imitate accents is an inborn gift or a skill, which can be perfected through practice.

Here are some of the accents that I do. For Chinese: Mandarin and Sichuan accents. For English: Received Pronunciation, Scottish accent, New York accent, southern accent from the States, amongst some others. For French: Parisian accent and Quebecois. Depending on with whom I talk to and my mood, I shift between these accents, sometimes just for the fun of it.

Meanwhile, I have seen people struggling with it. Living in France now, I know some Chinese people who have been living here for years. They have a much larger vocabulary and far better comprehension than I do, but they still sound Chinese the moment they speak. Some say accents do not matter, as long as you make yourself understood, and that accents reflect your identity and you should be proud of it. I agree with much of it. However, I still prefer speaking with the same accent as a native speaker.

If you are interested, here are some of the ways to develop your accent in whatever language:

Not all languages have the same sounds. Though alphabetically alike, pronunciations of letters vary from language to language. When you have a sound that does not exist in your native language, train your tongue.
In order to learn Russian, I had to get the rolled “r” correct. It does not exist in modern Chinese (thousands of years ago we had the rolled “r”, and then we dropped it). I watched tutorials of how to make the sound, and then I started training myself. It took months. I would be walking and doing other things while trying to push that rolled “r”. It looked stupid, and I tried not to arouse attention. Gradually I start to get the sound right, until one day I could do it easily. It was like adding a hammer to your toolkit. The rolled “r” helped me gain a better accent in Russian, Spanish, Italian and even Arabic.
I also use tongue twisters to train my tongue to be more agile. I find them endlessly entertaining and useful.

Yes, some sounds may not exist in your native language, but most do. Sometimes I see people giving themselves a hard time pronouncing sounds that they already use every day. When I was teaching Chinese online, I found some of my students having trouble producing the “r” in the pinyin of Chinese, as in 日, 如, 热. It is not the rolled “r” of course, but neither as “rat” or “rot” in English, where the tongue starts in the middle of the mouth. This troubled some English speakers. While choosing the letter “r” to represent the sound is misleading in some ways, this should not trouble English speakers at all, since we pronounce the sound in the word “garaGE”. Expand the “GE” sound, and you get 日. This is exactly the “r” sound in pinyin. For French speakers it is even more common, as in words like “Jean”, “geste”, “giraffe”.
So don’t be intimidated because one sound doesn’t exist in your native language, because maybe it does!

Kató Lomb confirmed this method in her book: Polyglot: How I Learn Languages. Talking with oneself is not only economical, but also efficient. The key is to vocalize and hear how you sound.
Sunday nights and Monday mornings are when I train my accents by talking to myself aloud. After attending a local Chinese church for the whole day every Sunday, I need to get my French ready for the upcoming week. It helps me get back to the swing of things. I know what good French sounds like in my brain, but sometimes it is hard to produce, because I get used to shaping my mouth and tongue for Chinese. Talking to myself helps. You can say anything you like: what you have been doing throughout the day, what plans you have for next week… it helps get your thoughts straight as well.

I cannot help imitating actors from movies since an early age. I imagined myself as characters, and I would recite lines, sometimes the whole scene. Movies introduced me to different accents in the English language. I learned my British accent from watching Sherlock Holmes play by Benedict Cumberbatch. I learned the Italian American accents from the Godfather Trilogy, Scottish accent from Billy Elliot, which my mother showed me when I was a kid. I was appealed by the charisma in the characters in the movies, and I did all that I could to imitate.
If you are learning Chinese, chances are most movies are in perfect Mandarin accent and sometimes Cantonese. If you have a movie that you really enjoyed, try recreating the scene yourself, where you are the actor.

5. Have an accent hero

An accent hero is someone you refer to when you try to produce a certain accent. Just a thought experiment. Say this sentence in a British accent:

I am an accent coach, and I can do any accents I want.

Pause 5 seconds, and do the same sentence in an American accent.
If you nailed it, good job, but chances are, you screwed in one of the accents. Now let us do the same experiment again, this time adding our accent heroes.
Say this sentence the way Queen Elizabeth would say it:

The British constitution has always been puzzling and always will be.

Pause 5 seconds, and say it the way Donald Trump would say it.
This time, with a reference to rely on, you should find it easier to do the accent. Although the Queen and Donald Trump represents just a specific accent from their background, what I want to demonstrate is how having an accent hero can make accents easier. Before you want to do a certain accent, ask yourself: how would my accent hero say what I am about to say? The reason I use the term “accent hero” is that this person should preferably someone that you admire and look up to. This gives us the motive to imitate. An accent hero can be a fictional movie character or someone in real life.

Accents are by no means the most important element of language learning. There is no such thing as a superior or inferior accent. When we say “a good accent”, we refer to the accent by which most users of this language communicate with each other. A good accent, by this definition, can help you integrate into a new language environment by making your interlocutor feel more at ease.
An inborn tendency to imitate others can help with developing good accents, but practicing and training are indispensable.
Learning accents is a fun process after all. People will always be impressed with a good accent.

在Patreon上下载这一集的PDF文件。Download printable PDF files for this episode on Patreon. 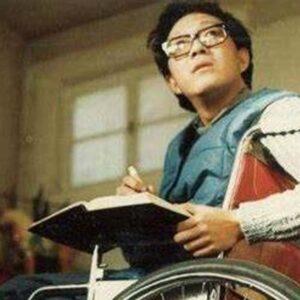 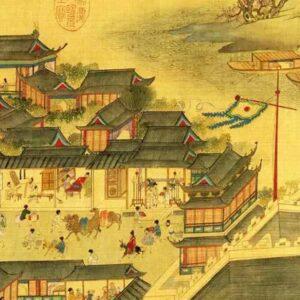 第55集: 中国历代的首都 All Capital Cities in the History of China 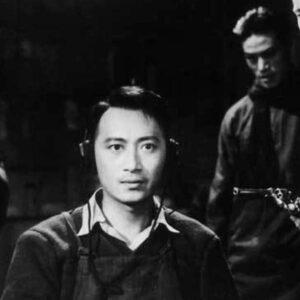 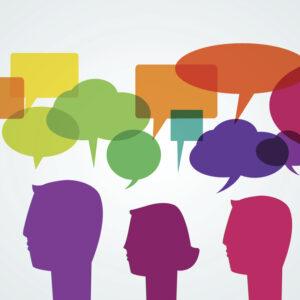 A little thought on accents

November 4, 2022 No Comments
阅读更多 »
We use cookies on our website to give you the most relevant experience by remembering your preferences and repeat visits. By clicking “Accept”, you consent to the use of ALL the cookies.
Do not sell my personal information.
Cookie SettingsAccept
Manage consent

This website uses cookies to improve your experience while you navigate through the website. Out of these, the cookies that are categorized as necessary are stored on your browser as they are essential for the working of basic functionalities of the website. We also use third-party cookies that help us analyze and understand how you use this website. These cookies will be stored in your browser only with your consent. You also have the option to opt-out of these cookies. But opting out of some of these cookies may affect your browsing experience.
Necessary Always Enabled
Necessary cookies are absolutely essential for the website to function properly. These cookies ensure basic functionalities and security features of the website, anonymously.
Functional
Functional cookies help to perform certain functionalities like sharing the content of the website on social media platforms, collect feedbacks, and other third-party features.
Performance
Performance cookies are used to understand and analyze the key performance indexes of the website which helps in delivering a better user experience for the visitors.
Analytics
Analytical cookies are used to understand how visitors interact with the website. These cookies help provide information on metrics the number of visitors, bounce rate, traffic source, etc.
Advertisement
Advertisement cookies are used to provide visitors with relevant ads and marketing campaigns. These cookies track visitors across websites and collect information to provide customized ads.
Others
Other uncategorized cookies are those that are being analyzed and have not been classified into a category as yet.
SAVE & ACCEPT